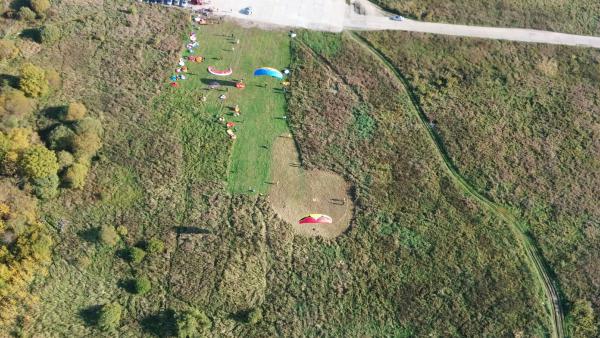 Local Regulation in English, Latvian and Russian languages you can find below.


List of registered participants (the list is updated once a day, so as not to be published sensitive information):

5. Requirements and terms of participation
Teams present application with the list of members according with the format.
With a personal application participant should present:
Personal identification
Valid FAI license;
Valid national PG license;
(Foreign pilots without FAI license compete as guests. They don't fall in any class);
Ability to launch on winch towing in weather conditions specified in these rules;
Waiver declaration (agreement on release of liability).
Note of equipment and instrumentation being in working condition;
Active health and life insurance card (original, not a copy);
Participation fee is 30 euros is taken by bank payment to the LPF account till 07 April of 2017 or 40 euros by cash at the venue of the competition.
Bank details:
Recipient: Latvijas Paraplanierisma Federacija
Registration number: 40008062282
The name of the bank: A/S SWEDBANK,
BIC/SWIFT code: HABALV22
Account: LV77HABA0551012413176
In comments of payment it should be indicated the name and surname of the pilot and the name of competition: “Brilliant Foot” First Stage.

Participation fee is 30 euros is taken by bank payment to the LPF account till 07 April of 2017 or 40 euros by cash at the venue of the competition.

Championship participants must be skilled in personal flight and have experience of starting from the winch in any weather conditions.
Every participant must do everything possible to provide his/her own and other people safety.
Paraglider must be certified.

Requirements for equipment:
Every Pilot is responsible for the working- condition and safety of equipment.
Equipment must comply with pilot qualification.
It is necessary to have a helmet suitable for paragliding, a rescue parachute, and a tow release system.
Championship organizers do not bear collective or personal responsibility for any moral or material damage of participants or other people before, during, or after the Competition.
Flight equipment and other property is everyone’s responsibility during the Competition.
By registering, participant refuses of any claims to the organizers due to injuries and property damage.

6. Registration. Accommodation
Registration is open on website www.adrenalins.lv until 07.04.2017.

All pilots must sign a Waiver declaration (agreement on release of liability).
By registering every Pilot voluntarily takes responsibility to follow the Rules of the Competition, the FAI Code, respect decisions of organizers and panel of judges.
Not being familiar with the Code and Local Regulations is the personal problem of the Pilot. Organizers and judges do not accept claims due to that problem!

All participants organize transportation to the site and accommodation during the Competition by themselves.

The organizers will provide:
Sleeping places in a hall: a mattress and a blanket are provided, the cost - 10 euros per day, only cash at registration;
the night's lodging in two-bed room - 30 euros per day in cash
Opportunity to stay in a campground in a caravan or will assist in accommodation in other hotels.
Breakfast - April 8,9, lunch - 8,9 April and dinner - April 8 are carried out by the organizers. Payment in cash at registration - 10 Euro.
Participants that arrived independent, will be able to park their vehicles on the designated parking lot. Organizers will not be responsible for the safety of vehicles and personal belongings.
Participants can arrive in advance to find a place for accommodation. They must inform the Organizers about their early arrival on e-mail: [email protected].
Training flights can be conducted with the Event Director permission.


NB!!!!
Organizers have a right to change the daily schedule and some points of Local Regulations due to unpredictable spring weather conditions, but for objective reasons.
If possibility and/or necessity occur different versions will be put for voting of the Committee consisted of Organizers, Judges and representatives of participating Pilots.

The order of taking part in the Competition is determined by the draw. The starting numbers are issued for participants by the results of personal draw or by the chronological order of registration.
The starting number must be placed on the open spot of the equipment, preferably on a shin, and certainly over the clothes.
Tardiness (absence) of the pilot in the established flying order to the starting line will be liable to a maximum score penalty in this attempt.
Starting out of the order should be coordinated with the Launch Marshall and/or Chief Judge.
Flying at the Competition site is acceptable only with the notification and authorization of Organizers.
Take-off method is winching. It is possible to use a passive winch, or both methods (also active winch).
In case of heavy wind (more than 7 m/s) the Organizers may pause Competition until the weather conditions change.
Radios are not to be used for purpose of providing advantageous competitive information or coaching, with exception of extraordinary situation. The official radio frequency will be announced at a briefing.
Pilots take-off in a scheduled order by Launch Marshall.
The next two Pilots should be completely ready for a take-off with the same time as the prior Pilot, so in case of false start they can replace him.
Tow must be released either it is loaded or not when the necessary altitude is reached (at least 100 m) by a Pilot himself, or from an order from the ground.
Take-off is considered successful by the Launch Marshall and/or Chief  Judge . In a case of failed take-off that was not a result of a Pilot unpreparedness he will be eligible to re-launch.
If a Pilot is failed to take-off three times by his own fault, he will be liable to a maximum score penalty in lieu of their score for that round.
Pilots flying shall separate themselves by height to ensure safe and unobscured landing at the Target. Overtaking at low altitude above the Target (AGL) is not allowed and may lead to maximum score penalty; it may be regarded as dangerous flying (S7C 6.3 or Common Section 7-9.1.2).
Pilot that had to give a way can appeal for a re-launch. The decision to appeal for a re-launch the Pilot must make himself, without consulting with his Team.
The Competition is considered complete if at least 2 rounds have been performed.

9. Additional measures for flight safety
Participants must strictly follow the safety rules during flights.
It is not allowed to smoke, litter, leave parts of equipment and packaging, vessels with fuel and lubricants at Start and Finish areas.
A Pilot under influence of alcohol or drugs will not be admitted to participate. Judges have a right to make a random medical testing on Pilots.
It is prohibited to be at the line of tow during Start.
Participants finished or waiting for their turn are not allowed to raise a paraglider up during the Competition.
There will be a special place provided for getting equipment ready for start.
There is also prohibited to raise a paraglider in a Start-Finish area, especially in the immediate proximity of Target Area.
The participants of the Competition, as well as support groups and anyone are permitted to stay in the 10 meters area around the Target, are not allowed to be in a 10 meter radius around the Target, to enter inside the radius, excluding the Judges Team, Organizers, and the Pilot approaching Target. After approach a Pilot must collect a paraglider and exit the Target zone as fast, as possible. It helps Judges to work effectively and leaves the zone free, ready for the next participants.
Every participant bears personal responsibility to prepare for flights promptly and for flights safety, also for choosing the target and approaching it. All sportsmen in the air should be extremely cautious and take all possible measures to provide flights safety.
In case of unsafe, in Organizers opinion, guiding paraglider during tow by the Pilot the tow can be cancelled.
The Event Director and/or Chief Judge shall impose penalties for infringement of, or non-compliance with, any rule or Local Regulation. The severity of the penalties may range from a minimum of a warning to disqualification as appropriate for the offence. Except where otherwise stated in this document , in the Local Regulations for the Event, the penalties imposed by the Event Director  ( and/or Chief Judge) shall be at his discretion and may be one of the following:
 Warning
 Operational disadvantage
 Imposition of maximum score for the round
 Disqualification
In case of simultaneous approaching Target by two Pilots, the Pilot above is responsible for safety.
The priority at Target approach has the Pilot below.

If a Pilot cannot provide safe landing due to obstacle in a Target zone, he must inform about it by the radio or give some other CLEAR signal about his decision not to reach the Target and provide a safe approach away from Target area.  In this case Pilot has a right to ask for relaunch. Chief Judge ( by himself or cooperated with judges team)  will make decision about the Pilot’s right for relaunch.
Demand for relaunch in cases of a Pilot obviously working to approach a Target and then clearly turning away from the Target without objective reasons is not taken into consideration!

A Pilot must immediately after every landing sign the result, or does not sign it, if he disagrees with it and is going to protest. The decision must be made by a Pilot individually, without consulting anybody except Chief Judge. If the result is signed the further complains will not be accepted and considered.

If the result is not signed at the end of the round and the complaint was not made, a Pilot gets maximum number of points for that round.

Personal score shall be aggregated of all the scores achieved by the Pilot.

All Winning places are determined by the lowest number of points aggregated by a participant in all rounds. All results are counted. The worst result is not deleted!

If a Pilot does not have a sporting License FAI, his result is accounted in a common protocol only. His data is not included in an official final protocol that goes to FAI and is used to Pilot’s result calculation.

11. Complaints and Protests
Complaint can be delivered orally to the Event Director and/or Chief Judge.
Decision to appeal shall be taken by a Pilot individually immediately after landing and before discussing a problem with others.

If the result is signed, no further complaints, oral or written, according result, are not taken or considered!!!!

12. Awarding the Winners
Champions and Prize-Winners in Open Championship on Paragliding Accuracy 2017 in Eastern European Cup “Brilliant Foot” are awarded by the medals and diplomas of respective grades. 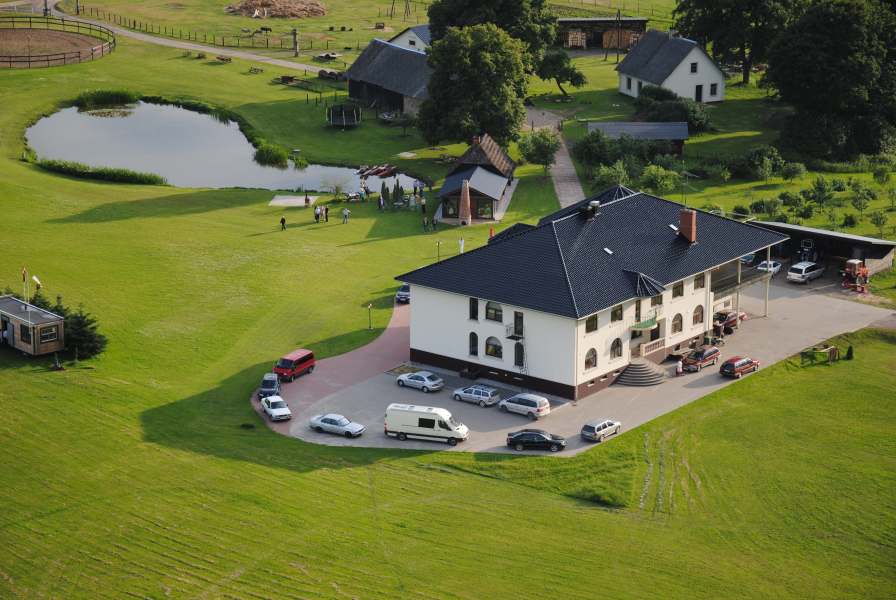 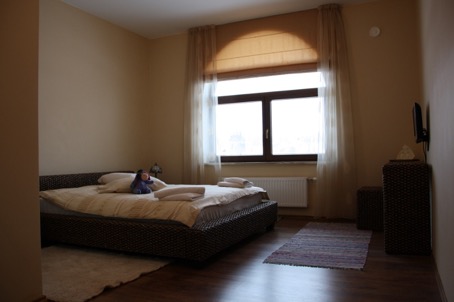